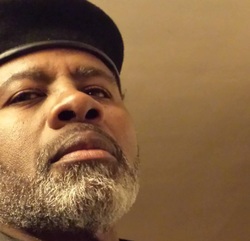 Amari Sneferu, Min. of Pan-African Affairs
In the spirit of our Ancestors, we must unite; based on our commonality of African descent, and based on our common condition of being oppressed throughout the world. It is in our common interest to pursue the goal of total liberation for all African people.
We endeavor to control our own destiny; we endeavor all the fruits of freedom, justice and global power. 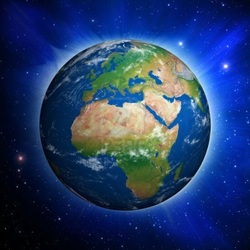 Written by Amari Sneferu
In the United States of America the term Pan-Africanism, speaks to a philosophy rooted in African identity politics. It re-emerged alongside the civil rights movement of the 1960s and 70s. However, the term was officially coined by Henry Sylvester-Williams back in the early 1900s but is said to have originated even before then with Edward Wilmot Blyden. As a philosophy, it represents an aggregation of historical, cultural, spiritual, artistic and scientific legacies expanding from past to present.

Pan-Africanism in practice traces its origins as far back as ancient Kemet and before. Pan-Africanism today promotes an African world view that counters the oppressive values born out of slavery, racism, colonialism and neo-colonialism.

The Universal African Peoples Organization (UAPO) under the leadership of Zaki Baruti, promotes the message that we are a global people and we must learn and teach our children about our indigenous connection to Mother Africa as well as the issues that effect her people. We also promote educating ourselves about other nations of the world and how their policies and actions impact African people in particular. It is imperative that we critically analyze the world, and what must be done to forge our own path to greatness.

Thinking globally, we embrace the ideology of Pan-Africanism because it encourages the solidarity of African people worldwide. It is based on the belief that unity is vital to our economic, social and political progress. When it comes to issues that impact Black people on a global scale, UAPO is both pro-active and re-active. We have been pro-active in the fight to eradicate illiteracy by shipping to Ethiopia, over 9,000 textbooks. We have also shipped tons of relief supplies to Zimbabwe and Haiti, as we are committed to extending the humanitarian hand of support to our brothers and sisters in need. Pan-Africanism asserts that the fate of African people, regardless of dialect or distance, remains intertwined. It's the belief that both on the African continent and throughout the African diaspora, we share not only a common ancestry, but a common destiny. Our vision is to build a powerful and influential organization of at least 144,000 like minded people who accept our vision in good faith. Of course we can do it and we shall do it. For the Ancestors, by the pain of their bloodshed and sacrifice, mandates that we do it.

In the fight for justice, UAPO has lead the charge against injustice and unwarranted aggression. It's the legacy of our organization’s founders (Zaki Baruti and Safiyah Chauvin), to speak truth to power. Whether it comes in the form of blistering articles in our newspaper (The African Newsworld) or by way of our vigorous protest; we are committed to the legacy of speaking truth to power even if no one else does. Domestically, we have taken bold and courageous stances against the senseless murder and mistreatment of unarmed black people by police. We stood-up against misguided foreign policy practices i.e., the U.S. lead N.A.T.O. bombing of Libya. We stood-up against the assassination of Muammar Gaddafi and we continue to stand against the expansion of AFRICOM in our beloved African Mother Land. Freedom, justice and respect of sovereignty is what we stand for, no matter who the Goliaths may be. A courageous man (MLK Jr.) standing at the gigantic feet of racial injustice once said, "Injustice anywhere is a threat to justice everywhere."

With that said, huge obstacles and schisms still remain in our path. We have been culturally intoxicated for 500 years from spirits forced-fed by way of our conquerors. Many aspects of our culture have been neutralized to the point of rendering us; only the remains of an enemy dependent culture. However to the rescue, is the ideology of Pan-Africanism. It stresses the need for black 'Collective Self Reliance', it restores dignity to our culture and re-energizes the power of the African spirit. This was the shared vision of leaders like Marcus Garvey, Kwame Nkrumah, Patrice Lumumba and Malcolm X. We are the whirlwind manifestations; reemerging to complete and advance their vision of a strong African culture.

We're calling for an all African alliance to empower African people on a global scale. A realization of this vision will lead to a power consolidation in Africa. It will compel a reallocation of global resources however this time, in the interest of Black people. An all African alliance will unleash a renaissance of economic and cultural energy; strong enough to alter the balance of power in the world. I need you to imagine this vision brothers and sisters; a unified African diaspora, bonded to a unified African continent. This bond essentially with ourselves, produces for us the political clout to compete successfully on the world stage.

UAPO is committed to becoming the catalyst for such an endeavor. Embracing the practice of Pan-Africanism, moves us forward into the light of a brighter future. We warmly extend to you and your family; an invitation to join the fight that dares to change the world. On the road to 144,000 members, join this noble effort to restore African people to our rightful place of power in the world.